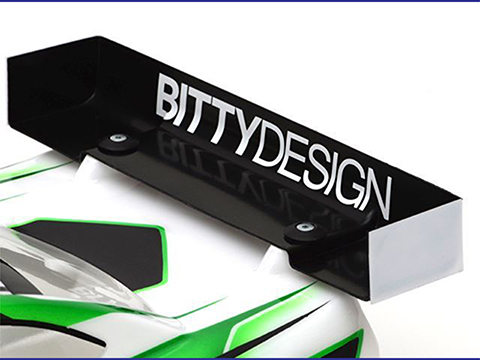 or four interest-free payments of $2.38 with

This is an optional Bittydesign 190mm Hard "Ultra Charge" Touring Car Wing.  This wing is made from 1mm thick polycarbonate and features a protective film.  The thickness of the wing helps eliminate flex that can occur during high speed downforce adding to the consistence of the wing.  This wing also features additional surface area over the "Charge" which helps increase down force.